A little over a week ago, The Woodsman Tavern opened in a quiet neighborhood corner in Southeast Portland. The ambiance is delightfully and unmistakably Prohibition-esque and discussed in satisfying detail in Part 01 of our interview with Duane Sorenson. There is much more to this watering hole than design, though; from your fist step in, you can feel the calling of bright oysters, country ham, pink steak and plentiful whiskey. The sweet fig bread pudding is a bonus, pleasantly surprising revelation.

Duane spent some time chatting with us about his focus on uncovering and showcasing the steallar ingredients that grace the menu. 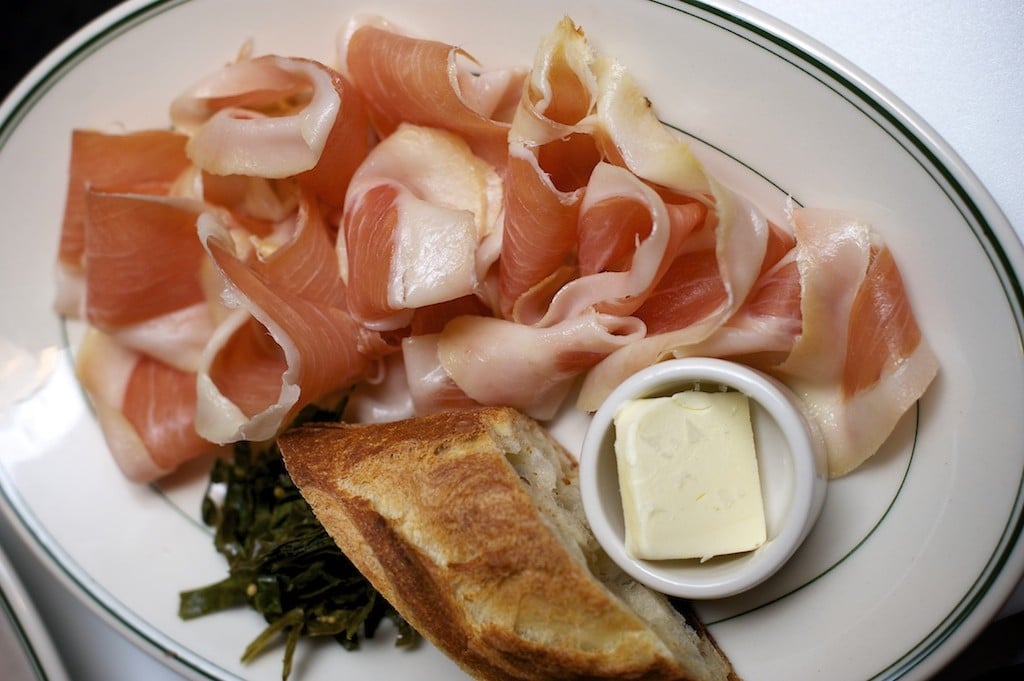 Needmore: I just recently heard you were going to Tennessee to do ham tasting.

Duane: I’m going to go visit ham producers here in a couple weeks, probably the first week of December…For many reasons, for them to know who’s buying their ham and what we’re trying to do. Having a conversation like: “Yo, ham guy, we probably have nothing in common, but your ham kind of blows my mind and I want you to understand where your ham’s going and what we’re going to do with your ham. I want our customers and our staff to be able to be excited about you and your ham and share your passion and what you do all fucking day busting your balls making ham. And us, taking it and supporting it and celebrating it, because we think it’s as awesome as you probably think it is.” It’s the same model that I’ve used with coffee. I like to do business that way—giving our customers that experience, that information. Same with our employees.

Obviously, it was a failure in the coffee industry, so perhaps you’ll have better luck. 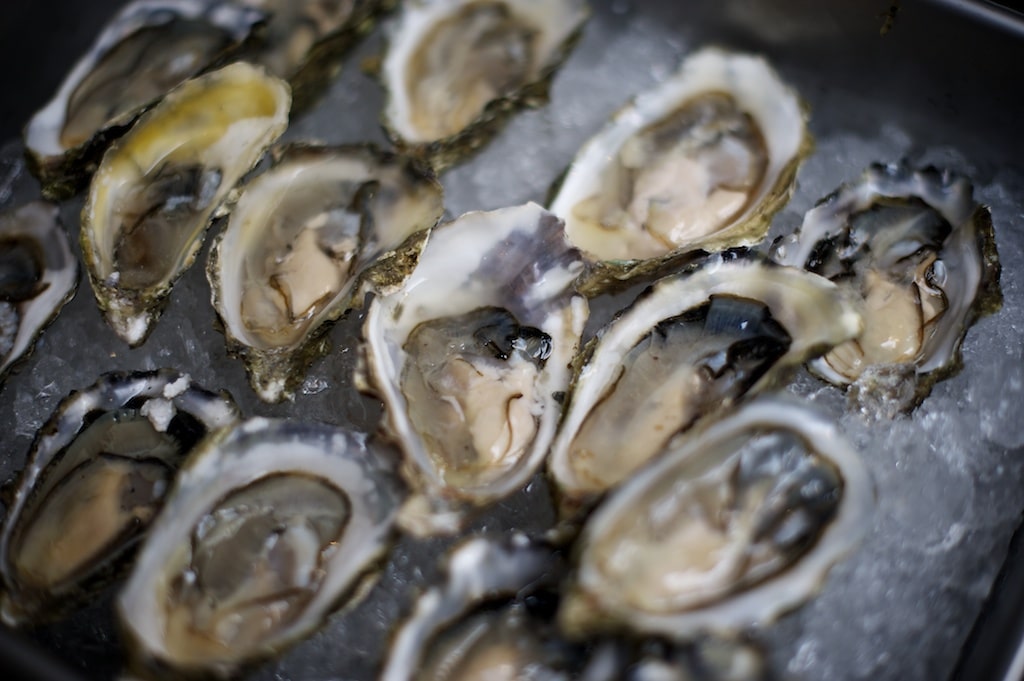 Last week, I spent two days out in oyster farms out on the [Oregon] coast. Same sort of deal. Visiting people, saying: “Yo, man, I just opened this fucking restaurant. Oysters are a big focus. We want to put the attention into the employees shucking them, giving them direction, but making sure that we have the right relationships. That I’m always serving your guys’ totally awesome oysters.”

“You’ve got to shuck them this way, so these guys will buy them.”

I’ve got to say, “You’ve got to buy the fucking oysters, they’ll be perfect tonight.”

Then, going back to the producer and saying, “I can’t buy bullshit. Even one fucking milky oyster, one fucked up oyster, will fuck me.”

So, having those conversations and doing business that way is important. But, it’s very rewarding for all those people: the consumer, the employee and the producer. 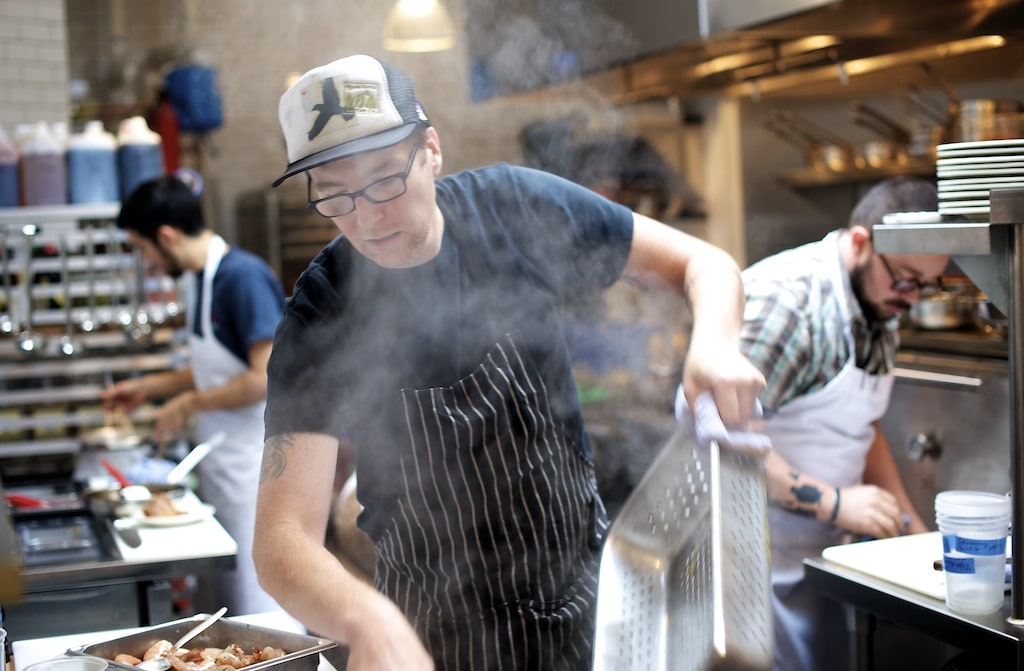 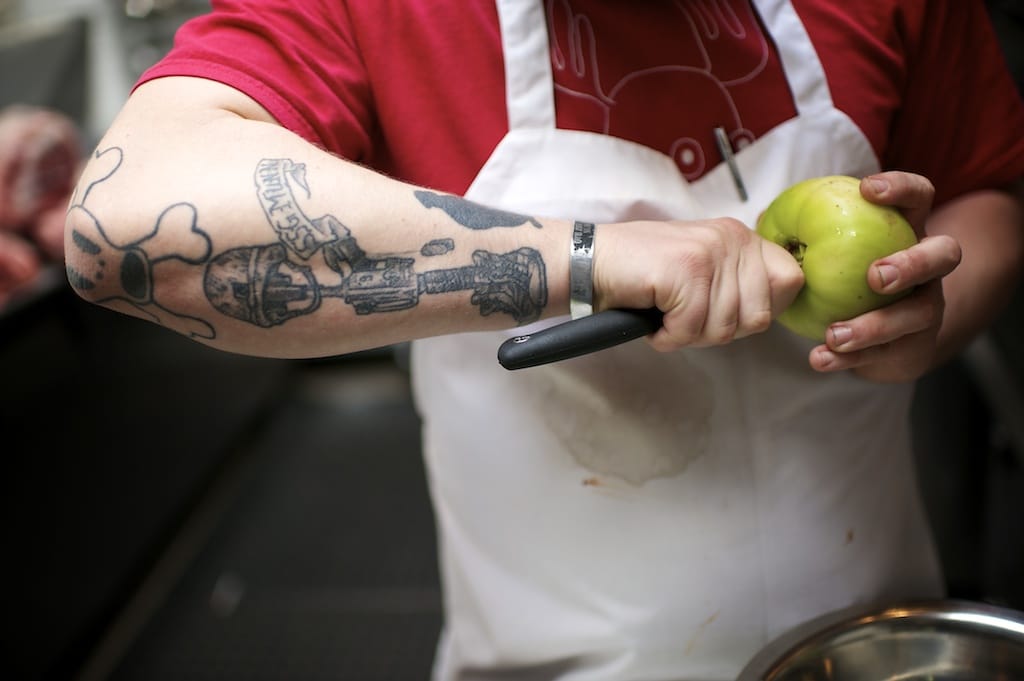 The menu matches the décor so well. It’s like you walk in and you know what’s going to be on the menu.

The food is always going to be looked at every single day.

It’s funny, because I went in there on Saturday night. I took my family in there and fed them on Saturday after soccer games, took them home, tucked them into bed. It was a long day and so they were beat. I was able to tiptoe out… I came back to the tavern and felt great in there. The lighting felt great, the music. Right when I walked in, ZZ Top was playing. Just old ZZ Top. It just felt good. People commenting on the music and the food.

Carly, the general manager, handed me a postcard—the Woodsman postcard—you flip it over, and bold letters it says: You are not a Tavern. But, I was like, “Yeah, we’re not. But, we’re also not a food cart. But, we are a tavern. What are we if we’re not a tavern?”

Camaraderie. I get a sense that someone could walk in, go up to the bar, order a beer and some pigskin.

Yeah, pork rinds. And, they would be served well. Or you could go and have a really nice dinner with a date. You could do either.

Yeah, it was funny to see that. But you know…it feels good. 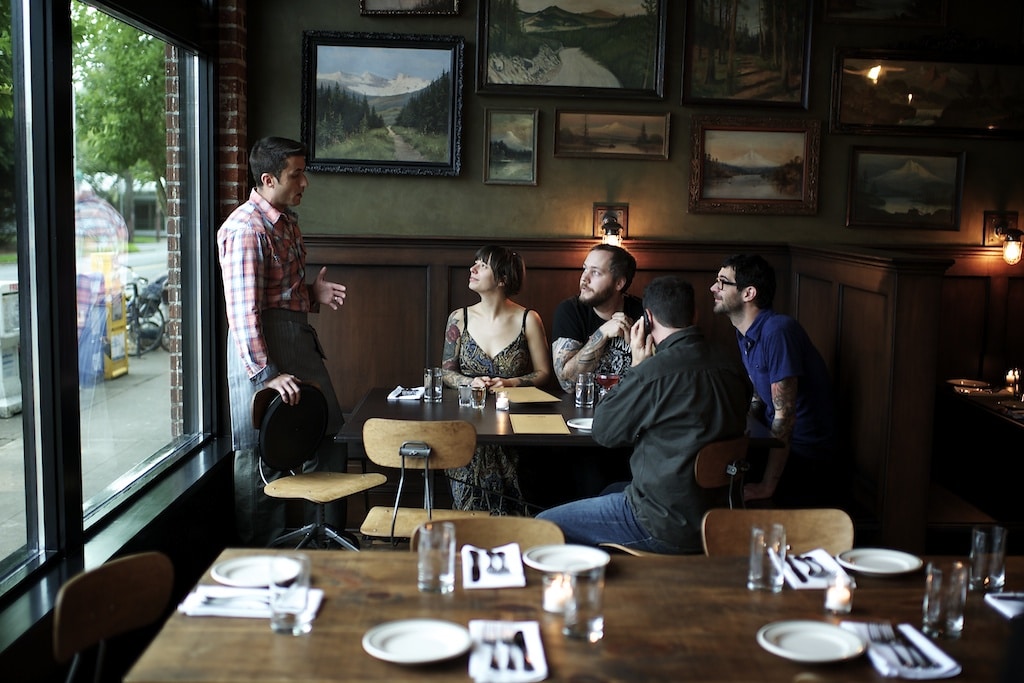 The night we were there, the oysters, they looked so intriguing to us. When we asked about the difference, our server knew to the detail what was different about the oyster choices. He sold it so well that we were going to order something else and oysters, and we were like, “Okay just bring us six of one and a half dozen of the other.” We did a little taste testing. His descriptions were spot on. But I can’t tell you how many times you go to a restaurant and you’re like can you tell me the difference between that, and people are like uh…

“We have a white or a red. What’s the difference? Oh, let me go check.”

“No, I want to fucking order now motherfucker!”

Giving that sort of service and experience to the consumer is a lot of time and energy—having to spin into the server, the producer, and the whole thing. So, I’m really excited about this project.

I’m excited for the market to open up too, because it’s definitely an extension and a retail venue for the tavern and the restaurant. Also, giving us control and flexibility to make and improve products.

Having someone be able to come in, get a bag of oysters, get like two flowers and a bottle of beer. Talking people through. “The first thing you’ve got to do on your way up to Tabor, or when you park at Tabor, fucking pound a fucking Sierra Nevada Pale Ale. You have your lady meet me at this spot, because you need an empty bottle to number one carve the nerves, but also to put the fucking flowers in.” 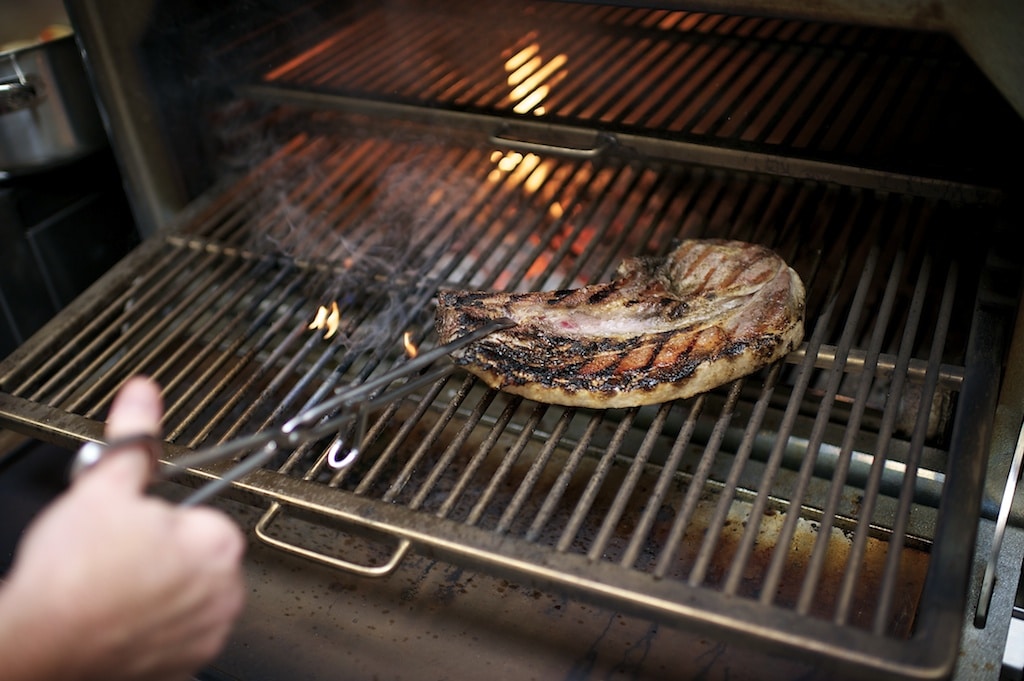 The market’s going to be fun, to curate the market and to be able to buy more produce, more products that we’re using in the market or in the tavern and resell them. So, the steaks that we buy, the pork chops that we buy, the cheese that we buy, the bread that we buy… being able to offer it there too, in addition to all the shit that’s in my cupboard—the Mexican Cokes to the coconut water to the six pack of Sierra Nevada Pale Ale to the Cholula Sriracha on up to the most expensive bottle of balsamic (because it’s awesome). So, it’s basically going to be Duane’s pantry, a little market. From the pork skins that you’d find at 711 to hand-made, crafted cheese and olive oils.

Update: Check out our 2015 redesign of the Woodsman Tavern website