From mid 2000 to late 2001, Duane and I would brainstorm ideas for the weekly Stumptown Coffee Roasters ad, which appeared in the Portland Mercury. A few folks have asked me what ever happened to those ads, so I decided to post them all to Flickr, so that everyone, young and old alike, can relive the magic. 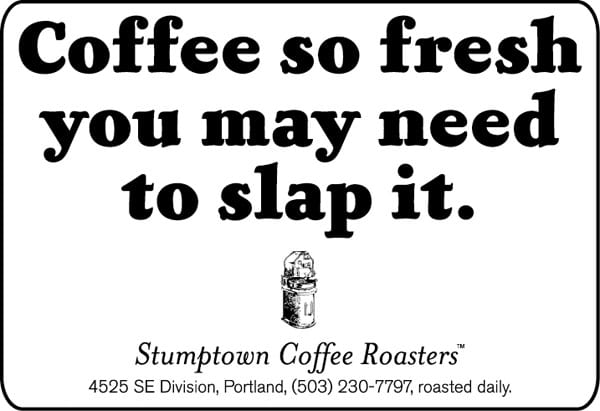 These were so much fun. I think half of the ideas came about when Duane and I were out drinking after work. Stumptown was so small in those days that there were perhaps two or three employees, including myself. Often Duane would show up at 6 in the afternoon, right when I was closing up, often with some friends from Seattle, usually with a six pack of beer, and help me clean up. We’d then usually head to a bar and hang out for hours, as the discussion moved from coffees around the world to beer from around the world!

So which is your favorite?