I often feel there are many similarities between music and the work I do on a computer. One such similarity is my concern over the tools I use. I figure if you’re going to use something often, you should take the time to really play around with your options, and get the best out there, because the difference in price can be surprisingly negligible.

Having spent time both working on computers and making music without having a lot of money to spare, I’ve often settled—and gotten quite comfortable—with subpar gear. My first computer was an Atari 400, a computer which had a “membrane keyboard” which was basically like typing on an iPad, but worse. My first musical keyboard was no better.

In fact, when I think about it, even the gear I’m using now feels rather anemic. Modern Apple keyboards are fashionable and functional, but force your fingers to do all the work. They’re like these small keyboards that only cover half the range of a piano, and have a flat feeling, leaving you wondering when you’ve actually struck the note.

A teeny tiny little keyboard, barely appropriate for either task.

There are clearly things missing from these keyboards… namely, keys. So the “pro” option, for most folks, is to get one with all the keys.

These ones have more keys, but are otherwise very similar.

But there’s still something missing. They don’t feel right. Luckily, this is a solved problem, and has been for some time. The “holy grail” of keyboards.

The best keyboards money can buy.

Now I can’t speak to the piano—I might need a bigger house—but you can buy piano-like keyboards to get a similar feel. As for the computer keyboard, the Model M Keyboard was manufactured for many years, and can be readily found on eBay. Since they’re so durable, it’s probably still a fairly good investment.

The Model M is also regarded as a timeless and durable piece of hardware. Many units manufactured since the mid 1980s are still in use today, while the computers and monitors of the day are obsolete.

That’s my kind of hardware.

Indeed, Das Keyboard makes a modern equivalent using the same internal hardware switches, but it’s so hideously ugly it makes the IBM keyboard look like a Calvin Klein model by comparison. I’ll have to pass on that one.

Others favor the Apple Extended Keyboard, somewhat an equivalent of the Model M. The problem is that this keyboard used a different kind of hardware switch, one that I never liked quite as much. However, it’s still a lot better than the “scissors switch” of the modern keyboards, so I might also give it a try. They can also be found on eBay for a reasonable price. 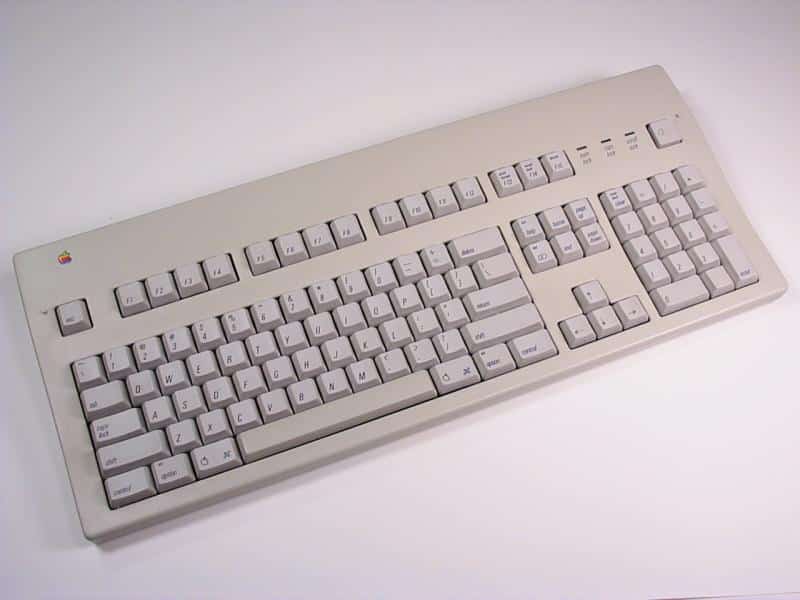 So now I just have to figure out how to get these old beasts to connect to my modern computer.

Meanwhile, if you’re interested in the topic, be sure to check out this delightfully comprehensive writeup by Shawn Blanc.